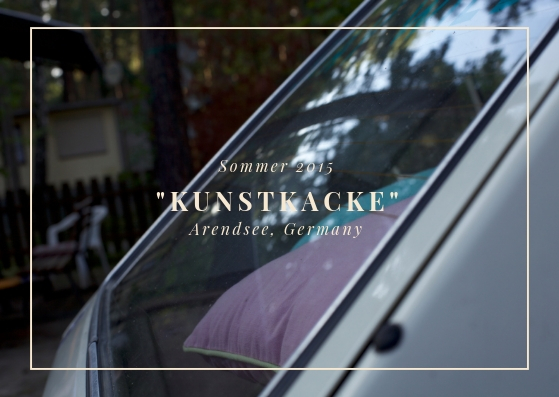 From a very young age, I was fascinated by art films. It impresses me how these films address topics abstractly and illustrate facts about in an unusual way. Likewise, I have an affinity for old monochrome films. The works of George Méliès fascinated me since I saw them for the first time. And luckily in the summer of 2015, I met someone who loved them just as much as I do and agreed to make one ourselves. We wrote the screenplay together and had the luck work with Christophe Schammel, an amazing filmmaker from Luxembourg as our Director of Photography. Tina Radler became our camera operator and brought in some great ideas. The lighting was set by Giovanni Zeitz, who also worked for the award-winning series „Homeland“. The idea was to shoot a movie in the style of old Hollywood. Monochrome, 4:0 and silent. We combined that style à la Metropolis with a futuristic robot story.

The shooting took place in Arendsee, a small city in eastern Germany, in three days. At first, everything went according to our plan. Up to an accident on the second day of shooting. Our leading actor had an accident on his way to the city while on his bike. He drove down a street when suddenly a car rushed out of a driveway and crashed into him. Fortunately, the fall was less severe than suspected at first, and he only had to spend one night in the hospital for observation. He had no serious injuries, so we could continue shooting the next day!

During the shoot, I spontaneously came up with the idea of a wedding dress for the final scene. For me, this dress showed the desperation of the protagonist perfect! But since I had this idea so late in the production process, I did not expect that it would be possible to organize a wedding dress overnight. Luckily, a small bridal shop nearby spontaneously gifted us with a sample dress. So I got the big dramatic showdown I aimed for.

To this day, this week of shooting has remained well in my memory. It was interesting and great to work with all these different people. Besides, I still can not believe we made the film in one week, despite a hospital stay and no real pre-production. This was mainly because we grew together as a team over time and were able to work so quickly and effectively. And until today counts „Kunstkacke“ (which was titled after a long night of cutting) to one of my favorite films of mine!