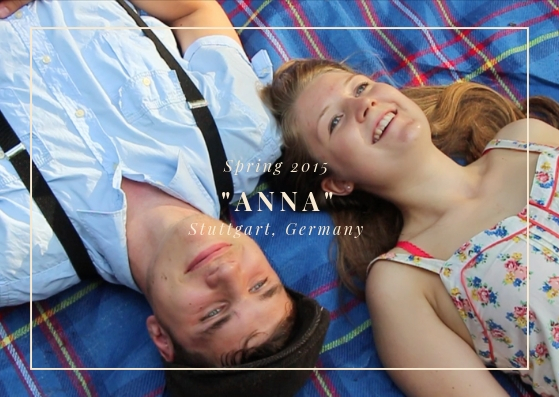 In the spring of 2015, I was on a train on my way home. I let my eyes wander through the train as a flyer caught my attention. It had a picture of a director’s chair on it and I immediately started reading it. The Subway Company of Stuttgart held a competition for short films, which should revolve around busses and trains. I started thinking about the theme and suddenly had the idea of ​​two strangers getting to know each other on the train. I also decided to put ​​an object in the center of the action. The story quickly developed and I outlined it.

Since I had found the flyer late it was only three more weeks before the deadline, there was almost no time left for shooting. Therefore I hadn’t had a chance to hold a casting. Luckily Hannah Herdeg girl I knew from school just fitted into the role perfectly. For the parts of Anna and the young Paul, I was able to inspire my friends Ann-Sophie Molliné and Alex Köhler. But the search of the older Paul turned out to be more complicated. I didn’t know any middle-aged actors and had no idea about Facebook actor groups or casting agencies. Fortunately, I have a friend who runs a theater group. So I wrote him an e-mail and hoped for the best. And I had luck! A few days later I met Gerhard Killert – and we got along immediately! So one week later we were able to start our three days of shooting. Luckily my friend Alexandra Rubensdörffer decided to come along and help me and she quickly became a permanent part of my future projects.

Filming went smoothly and I cut the project in just a few days. I submitted it and got invited to the „Filmschau Baden-Württemberg“, a film festival in Stuttgart, a few weeks later. So in Autumn of 2015, I went to my first film festival. I went every single day, saw great movies and met amazing people! During this time I collected some inspiration for upcoming projects. Although I did not win the award, I received a lot of compliments and an unofficial second place from the jury. Thus, this project was completed and I started to work on the next one.